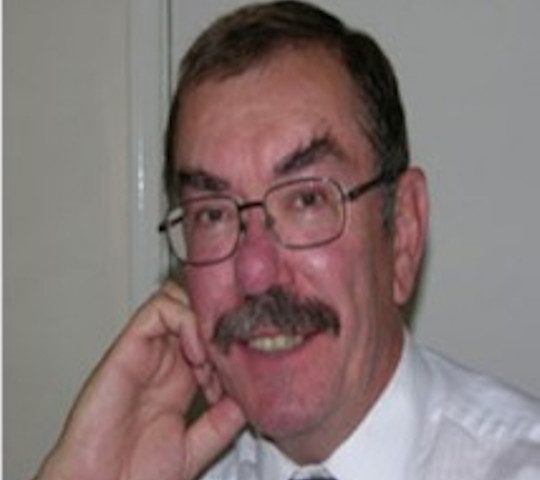 “It’s not just the investigative process”, says Professor Dave Barclay, the former Head of Physical Evidence at the National Crime Faculty. “You need equality of arms between defence and prosecution as well. Otherwise the police know that nobody is going to challenge them adequately. We have moved on, but only in the last ten years, or maybe last five years. I think our investigative procedures in the UK are fantastic compared to other places now”.

Barclay lectures in forensic science at Robert Gordon University in Aberdeen and is an honorary lecturer at Hull University as well. He spent nine years at Crime Faculty and played an important role in making legal history in Britain when he reviewed the physical evidence in the Lynette White Inquiry as part of a cold case review by South Wales police’s pioneering unit to investigate unsolved and unresolved homicides that was established in June 1999.

He reconstructed the exit route of the murderer more than a decade afterwards by going through the flat blind-folded – the murder occurred at night in a flat that was unlit. Everywhere that he touched was observed and blood that yielded the DNA profile of the real murderer was recovered. He also identified where to look for blood that was discovered under paint in the murder room nearly fifteen years after Ms White was murdered.

In July 2003 Jeffrey Gafoor pleaded guilty to the horrific murder. Five innocent men had spent a total of sixteen years in prison for this crime. It was the first miscarriage of justice in Britain to be resolved by the conviction of the real perpetrator in a murder case in the DNA age. “All investigations need to be looked at in an integrated manner”, says Professor Barclay. “It isn’t just DNA. You need an overview of the whole case. Lynette’s case was a good example of this.”

All cases are important to him and he tends to remember the names of the victims, rather than perpetrators, or in some cases alleged perpetrators. “There is no difference at all between a high profile case and a lower profile one”, he says. “To those involved, cases have exactly the same profile”.

Nevertheless, there have been high profile cases that he was involved in. The controversial case of Michael Stone, convicted of the 1996 murders of Lin and Megan Russell and attempted murder of Josie Russell in Chillenden, Kent, is one he remembers.

“We did a complete overview [at Crime Faculty]”, he says. “That was a really high profile case that was undetected after six months. We did a complete review. We had access to all the papers. Effectively, we try and think about how it can be investigated from scratch. We look for things from the area to see if they had missed a link. We deliberately ask not to be told who the suspects are. When we have done that we produce a list of recommendations and things that could be done. We make recommendations which we present to the force and they go away and think about it”.

Stone’s defence team was unaware of the involvement of Crime Faculty. “We had no idea about this review”, said Stone’s sister Barbara. “It should have been disclosed then, but wasn’t. It might have opened up new lines of inquiry. We want it disclosed immediately”.

Despite his retirement from Crime Faculty in 2005, he still gets asked to conduct reviews and not just in Britain. He helped to expose a notorious miscarriage of justice in Western Australia – the case of Andrew Mallard who was wrongfully convicted of the 1994 murder of Pamela Lawrence in her jewellery shop in Perth.

“I was asked to review the case in 2006 after Mallard was released on technical grounds”, says Barclay. “I started work on the weekend and by Monday evening I had come to the conclusion that a) Mallard wasn’t guilty and b) the evidence on which he was convicted was fatally flawed, both in logic and in its interpretation. I was very unhappy about this”.

He asked for a fingerprint review, which resulted in a hit to convicted murderer Simon Rochford, then serving life imprisonment for murdering his girlfriend Brigitta Dickens in July 1994, just one month after the murder of Pamela Lawrence. Further evidence resulted in Rochford being interviewed over the murder of Mrs Lawrence. He made no admissions, but within thirty-six hours Rochford committed suicide.

“The police and Attorney General [of Western Australia] have said that Andrew Mallard did not have anything to do with the murder and that the perpetrator was probably Simon Rochford, who would have been put before a court had he lived”, says Professor Barclay, who continues to provide an essential service in reviewing the importance of physical evidence in other cases in many jurisdictions.