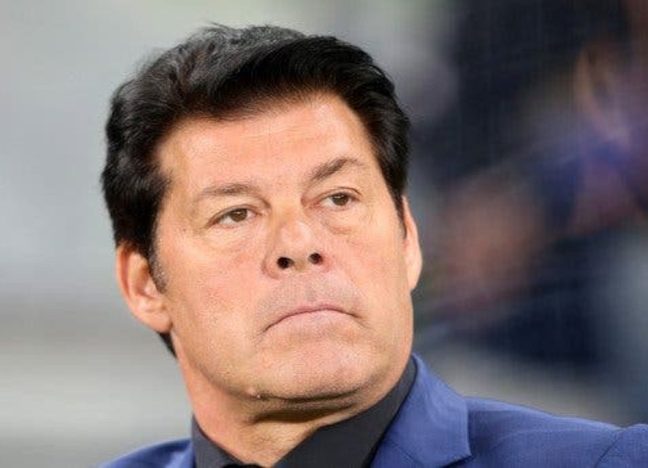 After ten years working in Africa the reputation of Belgian coach, Luc Eymael, 60, is in tatters. The former Black Leopards coach slammed the quality of pitches and facilities in Tanzania.

But his opinions about Tanzania, Yanga officials and their fans – the now notorious ‘dogs and monkeys’ rant has cost him his job a few months after joining Young Africans.

Eymael took to social media to apologise and insist that the rant does not reflect his true feelings. He put it down to ‘frustration’ at losing second place, which is lucrative as it offers entry to Africa’s top club competition.

But Tanzanians and its football remain unimpressed.

Luc Eymael’s notorious ‘dogs and monkeys’ rant has cost the 60-year-old Belgian his job as coach of Young Africans.

Yanga sacked Eymael over his outburst today with immediate effect, issuing a statement denouncing his comments and regretting the insult to Tanzania, the TFF and others.

“Yanga’s management has been saddened by the inhumane and racist remarks made by coach Luc Eymael and reported by several media outlets as well as social media,” the club’s statement said.

“The management [of Yanga] apologises to the country’s leaders, Tanzania Football Federation (TFF), members, Yanga fans and the citizens in general for the disgusting and demeaning remarks by coach Luc Eymael.

“Yanga SC values and believe in pillars of discipline and humanity, and is against any form of racism.”

Shortly afterwards, the TFF waded in promising disciplinary action against Eymael who demanded to be released from his contract during the rant which had been recorded after Yanga drew 1-1 with Mtibwa Sugar on July 22nd.

It took days for the rant to emerge and go viral in Tanzania, which raises an important question. Why did the recorders of the podcast wait to expose these views?

The TFF also issued a statement outlining the action it intended to take.

“TFF will also communicate the same to the World Football Governing Body (FIFA) on the racist remarks made, hoping action will be made to ensure the coach does not repeat the same wherever he goes.”

No sooner had Yanga fired Eymael, who had signed an 18-month contract in January, than the South African Football Coaches Association (SAFCA) made its feelings clear, demanding changes to the granting of work permits to foreign coaches and that contracts must have an anti-racism clause.

“Eymael has a history of disrespecting Africans and our football, yet he continues to get coaching jobs around our Continent, more particularly in South Africa where he was recycled

within our Professional Clubs. The critical need for Clubs and Football Associations to have an Anti-racism Clause in the contracts and Codes of Conduct/Ethics is understated.

SAFCA via the South African Football Association (SAFA) will be proposing to the South African government on much stricter implementation of the FIFA Club Licencing System, and more importantly, the criteria for processing of and issuing of work permits to Foreign Coaches. Just having a UEFA licence should not be the primary reason for approving Work Permits.

In the light of Black Lives Matter global movement and racism in Europe, this must become a watershed moments (sic) for African Football to make a stand against Racism whilst doing our best and remains firmly committed in Development and Evolution of African Football at large.

SAFCA recommends that strong action should be taken against Luc Eymael, be banned from working not only from African Football