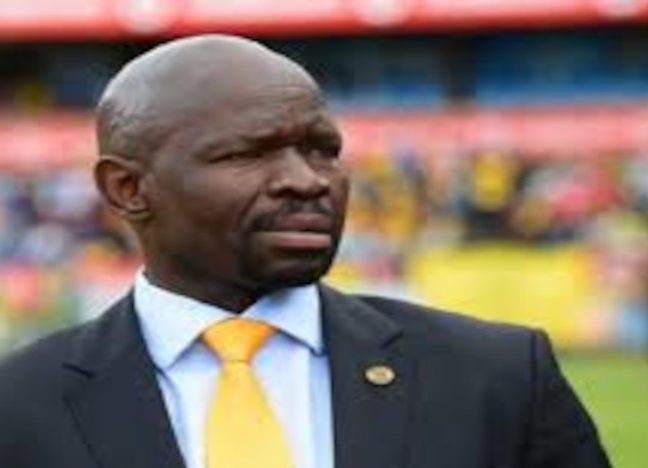 Former Bafana Bafana skipper Steve Komphela has demanded strong changes to combat racism. The Golden Arrows coach told me that he wants a new clause in all contracts outlawing racism on pain of the sack and forfeiting any claim to compensation.

“FA’s need to be very strong on Coaches who disrespect the game,” Komphela said.

“They should not tolerate ill-disciplined Coaches who disrespect our Afrikan people.”

“Maybe this is a wake-up call for Africa – these white coaches who come to Africa and use it as a cash cow,” Gayle said.

“There’s really no interest in developing African football. It’s just an end of career situation, or the fact that they can’t get jobs in their own environment, but his Eymael’s] comments signify again that he is uneducated.”

“We have suffered racism for centuries,” Gayle said.

“Africans have endured outrageous racism in Europe and also in our own continent.

“Enough is enough. White coaches cannot expect to come to Africa and get away with blatant and outrageous racism.

“All football contracts in Africa must include an anti-racism clause. Breach it and you lose your job without compensation.”

Komphela agrees with Gayle’s suggestion on the clause and punishment for breaching it.

“I strongly believe so,” the former Kaiser Chiefs boss said.

Komphela has butted heads with the controversial Belgian coach Luc Eymael. He wrote to PSL clubs about Eymael, but nothing was done.

I am not surprised,” Komphela said about Eymael’s latest spat.

“He lacks respect for the Afrikan people.

“Maybe he’s racist, based on his consistent distasteful utterances throughout the continent.

“Afrika does not need such Coaches.”

“I’ve warned our South Africans about this Coach and they never listened,” he said.

“His record shows a Coach completely disrespectful and oblivious.

Both Komphela and Gayle are adamant that more needed to be done.

“Africa has to wake up to this call, because this has being going on for a number of years now where people are using Africa as a cash cow and not really as a mode of developing their own careers, or the development of African football andAfrica has to wake up to this and maybe in the future they should look at European black coaches – ex players – who would be willing to come to Africa and coach and coach-educate young African coaches at grass roots level, because that’s where we need to be with African football,” Gayle said.

“We need to have a programme that’s developed from grass roots football to senior and international football, because it is about time that Africa laid its hands on the World Cup.”

“Education is the very basis of knowledge,” he said.

“Knowledge is in the hands of locals because they understand the cultural background. Afrika needs to adapt her Coach Education programs to international standards and not copy and paste because by so doing a lot is lost and culture gets lost as we import foreign content as is than adapt it to Afrikan context.”

He called for coach-education to address the lack of respect shown to Africans too.

Meanwhile, Eymael’s African soujurn is in tatters. He took to social media to apologise and insist that his comments – made a while ago – was just frustration at losing second place, and not a reflection of his beliefs.

Yanga won second place and is therefore set to compete in Africa’s top football competition next season along with the champions Simba.

Young Africans’ Board were heart-broken by Eymael’s conduct. They fired him yesterday and demanded that he leaves Tanzania immediately.

The Tanzania Football Federation also took action. It plans to report Eymael to FIFA to prevent repetition in other countries.

Planning for the Future

Komphela wants this latest warning to be the clarion call African football has needed. He called on African FAs to believe in and invest in young African talent.

“I do not think the African FA’s have full understanding of the power and confidence they could give the African people if and when they empower fellow Africans,” Komphela said.

“Africa has been made to think less of herself and her people were not given the necessary confidence.

It is the responsibility of African leaders to attach their leadership to the African masses who are their bodies.”

Komphela practices what he preaches.

“We can only assist by sharing secrets on investing their money, at times advise them on their next possible adventure,” he says of what former players should do for those wanting to follow in his footsteps.

“Players need more support as they transition from playing to either administration or Coaching.