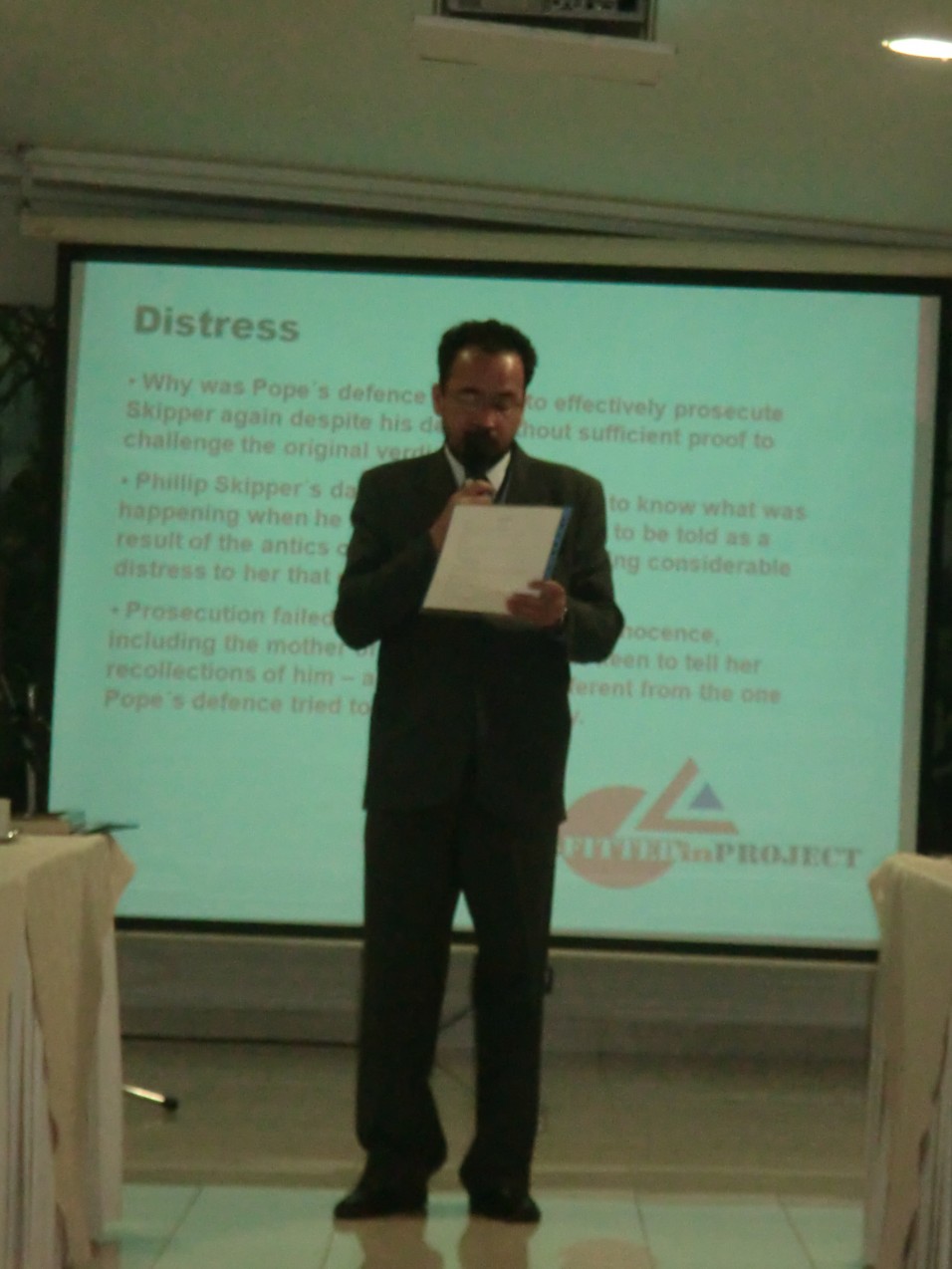 Thirteen years ago today Jeffrey Gafoor made history. Gafoor pleaded guilty to the murder of Lynette White. She was the victim of what was then (February 14th 1988) the most brutal murder of its type in Welsh history. Faced with overwhelming evidence Gafoor admitted that he had murdered Lynette. He had provided samples for DNA testing before attempting to take his own life in February 2003. Police officers from the Lynette White Inquiry Phase II saved his life.

Phase II was one of the best investigations ever. Led by Detective Chief Superintendent Kevin O’Neill, these officers and the forensic scientists, did a fantastic job. They knew that finding the real killer would come at a huge price to the force. No British police force had ever resolved a miscarriage of justice by convicting the real killer in the DNA age. Any force that did so knew that it would unleash a can of worms, the like of which British policing had never faced before. But still, they investigated doggedly and continued until they made history by bringing Gafoor to justice.

And then that storm was unleashed. Phase III investigated what went wrong – who was responsible for one of the most notorious miscarriages of justice ever. Thirty-four people were arrested and interviewed under caution on suspicion of offences including conspiring to pervert the course of justice and perjury. Twenty of them were police officers and 13 were told that they would face trial, along with two civilian witnesses.

But before they faced trial three of the alleged eye-witnesses were tried for perjury and conspiring to pervert the course of justice. Mr Justice (Sir David) Maddison ruled that they could not claim duress, as the law demanded that they must retract immediately, but to whom – police officers, the courts? Who? How could they be expected the courts or police after what they had gone through?

Mark Grommek, Angela Psaila and Learnne Vilday (the New Cardiff Three) were convicted – rightly as the law said, but wrongly according to justice and conscience. The court accepted that they had told the lies they were forced to tell and then they were prosecuted for telling them. They were each sentenced to 18 months in prison. This was and remains a huge injustice – the law could not have acted more inappropriately, but worse would soon follow.

With 13 police officers and two witnesses due to face trial it was decided that eight former officers, including Graham Mouncher and Richard Powell and the witnesses Ian Massey and Violet Perriam would face trial first. The trial began in 2011. I was due to be a witness against Massey. Nicholas Dean QC and his prosecution team ensured that I would miss virtually all the trial for no good reason – actually there was a very good reason. We were not meant to see what was unfolding. It would take a very long time to unravel, but unravel it would. The trial collapsed on largely spurious grounds. Disclosure was not what it should have been – that is unarguable, but whose fault is that? The straw that broke the camel’s back was the failure to disclose some documents – copies actually. The originals had been retained, and copies were taken.

The copies were meaningless. It was believed that they had been destroyed – evidence to that effect was given, but it was not true. A month after the sensational collapse of the trial the supposedly destroyed documents were discovered in the very boxes that they had been sent to police by the IPCC.

I had been kept out of the trial until it was far too late – we believe that was their intention all along. South Wales Police chose to cooperate with HMCPSI and the IPCC, both of whom were investigating aspects of the collapse of the trial. The terms of reference established that neither process was worth cooperating with as they would not establish why a notorious miscarriage of justice had been allowed to occur.

I chose not to cooperate and demanded the return of my work product, which was mine alone, as was the copyright on it. The Professional Standards Department unlawfully seized my work and distributed to others against my wishes in flagrant disregard of my rights and copyright. The justification supplied a year late did not apply to me. Naturally the IPCC – itself an interested party and therefore not an impartial arbiter upheld the ludicrous justification – one that applied to criminal suspects not cooperating witnesses. Both HMCPSI and the IPCC failed miserably to explain why this appalling miscarriage of justice had occurred – inevitable really – as neither was concerned with that and nor was the Home Secretary, Theresa May. Her concern was to avoid a public inquiry. As early as the first week of the 2011 Police Corruption Trial it became obvious that the prosecution was lacklustre – notwithstanding that the prosecution team could talk a good talk. The defence case was a tried and tested method in such cases – deny that there had ever been a miscarriage of justice. The Cardiff Five were guilty, they claimed. But what about the DNA? What about Gafoor’s guilty plea? What about his insistence that he had acted alone?

Simple. None of that mattered. All that counted were his inconsistent accounts. He could only remember inflicting ten or twelve stab wounds and not the throat ones. So what? Well that meant it was possible that there was more than one attack. “Technically”, Angela Gallup said – the scientific equivalent of ‘and I can’t rule out the possibility that pigs could fly either!’

There was forensic pathology evidence and blood distribution pattern evidence that had an important story to tell. Lynette’s murder was never consistent with five killers and two witnesses charging around the crime-scene in darkness without leaving any trace of themselves or interfering with any of the evidence in the flat.

It simply flew in the face of any notion of logic.

It served well in 2011 – so well that it was trotted out again in the compensation case in 2015. And as in 2015 the witnesses that could demolish this outrageous hypothesis were never called. We will be publishing Trials and Tribulations – Innocence Matters? soon. The aim is to reassert the truth – the Cardiff Five are, as they always were, totally innocent of any involvement in the murder of Lynette White, even though it is too late to matter to Yusef Abdullahi and Ronnie Actie. Meanwhile, Gafoor had received a very lenient tariff in 2005 – just 12 years and 8 months, 13 years in reality once remand was taken into account. Consequently, Gafoor is now eligible to apply for release on parole. We will be publishing Bad Form – How Tariffs Protect the Guilty and Punish the Innocent soon to illustrate the grave flaws with the tariff system – one that sees no problem with treating the truly guilty more leniently than the innocent for the same crime. As Lloyd Paris – Tony’s brother – said, “Things are back to front!”