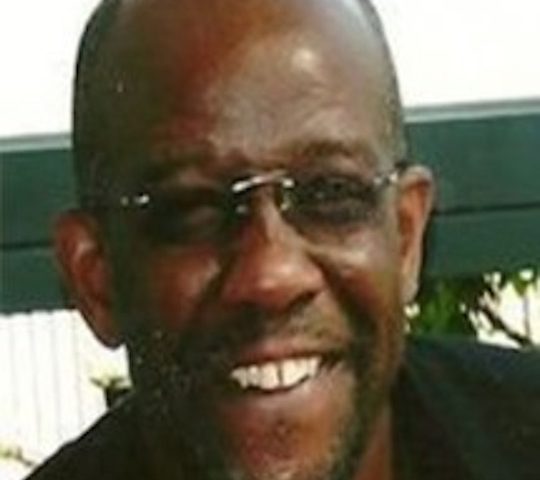 Over 20 months before black aspiring architect Stephen Lawrence was murdered, the Metropolitan Police and Crown Prosecution Service (CPS) had the opportunity to save his life, but institutional racism prevented it. 15-year-old Rolan Adams was brutally murdered on February 21st 1991. His then 14-year-old brother Nathan escaped the killers. By the time he returned – it was before everyone carried mobile phones – Rolan was dead. His carotid artery had been cut.

A group of 15 racist thugs who had been involved in racist attacks before and since were responsible. They hurled ugly racist abuse at the two boys who had just been waiting for a bus and attacked them. Mark Thornburrow was the only one of them convicted of murder. He was sentenced to life imprisonment with a recommendation that he serve a minimum of 10 years in jail. Despite that Rolan’s father Richard still feels betrayed.

“They connived to remove the racist element from the murder,” an angry Richard Adams said at the time. “We knew that we would not get justice when they started saying that territorialism rather than racism was the main motivation for the murder.”

Both police and CPS saw it as a triumph as Mark Thornburrow was jailed for life for the murder of 15-year-old Rolan Adams, but 15 racist youths attacked Rolan and his then 14-year-old brother Nathan, who survived the attack. Only 7 of the gang who had racially abused and attacked other black youths on the Thamesmead estate, were charged and that was reduced to 4, and only 3 eventually got 120 hours community service for violent disorder.

“The others are as guilty as Thornburrow,” Mr Adams told me. “My sons could not defend themselves from all of them. They should have been charged with murder by joint enterprise. If the police and CPS had done that my son’s murder might have been the last in the Borough of Greenwich instead of the first of three racist murders.”

Justice has finally taken its course in the notorious case of the murder of Stephen Lawrence, but the ordeal of the Richard and Nathan Adams and their family continues. It could and should have prevented the murders of Rohit Duggal and later Stephen Lawrence and many other knife-crimes too.

Mr Adams is dissatisfied with Thornburrow’s tariff. “10 years for the cowardly murder of my son is not enough,” said Mr Adams. “The judge acknowledged that it was racist and he carried and used a knife. What kind of deterrence is that? If Thornburrow had received the sentence he deserved, the knife-carrying culture that followed could have been stopped in its tracks. He should have been charged with the attempted murder of Nathan as well, which should have increased the tariff. The Lord Chief Justice could have increased his tariff and so could the Home Secretary at that time. Why didn’t they?”

Their lives were torn apart by Rolan’s murder – a crime that should have been the pivotal moment in race relations in Britain. Mr Adams believes that the actions of the criminal justice system not only made their ordeal worse but left other families vulnerable too.

“I have no doubt that institutional racism played a major part not just in the failure to give us justice, but encouraging the racists,” Mr Adams said. “We wanted victim’s rights back then, but we were left to fend for ourselves. The thugs hurled racist abuse at my sons before attacking them because they were black. They did nothing wrong. If the police and CPS had done their jobs properly, Rolan’s murder would have been seen as the racist crime it was and the families of Rohit Duggal and Stephen Lawrence would not have faced that same racism by a system that should have known better.”

Witnesses, including Nathan, testified that it was a racist attack and the judge was satisfied that they were right. “The CPS should not have relied on the police alone,” said Mr Adams. “The police had a racist view that this was not a racist murder. They were wrong and they made a terrible ordeal for us even worse. The CPS should have relied on the witnesses. They were there and they knew it was racist. When the judge agreed with us that the thugs who attacked my sons were racist, the police and CPS should have agreed to an independent judicial inquiry to find out why we were failed so miserably. That could have prevented other tragedies.”

Richard and Nathan and their family suffered a terrible ordeal. Nathan turned his back on a promising career in football. He went off the rails as a result of that terrible February night. He has got back on track without any help from the authorities. “The police and CPS should be thoroughly ashamed of themselves,” said Mr Adams. “Not only did they fail us miserably in the prosecution, but they gave us no support either. Nathan especially really needed help. It took us many years to recover and ensure that Rolan has the fitting legacy he deserves.”

They have established the Rolan Adams Legacy Trust to make sure that this important story in Britain’s race relations is never forgotten. They also want justice for both Rolan and Nathan. “Thornburrow got a minimum recommendation of 10 years, but he eventually served only 13,” said Mr Adams. “Why? It was a cowardly racist murder and he claimed he acted in self-defence. 15 against 2 and he had a knife as well and he is allowed to get out too soon.”

His thoughts on that are understandably unprintable.

He has no doubt that institutional racism robbed his family of justice and that if the CPS had prosecuted the others through joint enterprise it would have sent a message to others not to encourage racist attacks and even restrain knife-wielding thugs like Thornburrow. He thinks that had those lessons been learned early enough, Rohit Duggal and Stephen Lawrence might still be alive. But he wants more – a legacy for Rolan and the justice he and his family were denied 20 years ago.

“There have been fantastic advances in forensic science in the last 20 years,” said Mr Adams. “The police and CPS have a chance to redeem themselves by investigating Rolan’s murder and the attempted murder of Nathan properly through modern investigative methods and forensic science. Both Rolan and Nathan are entitled to justice even if it is 20 years later than it should have been.”

The cowardly attempted assault on Nathan Adams has never been investigated properly. He was just 14 years old at the time. It ruined his life, partly due to the institutional racism of the police, CPS and criminal justice system. It was a disgraceful way to treat a victim, especially a traumatised child.