No Justice (Part One) – The Triumph Before the Fall 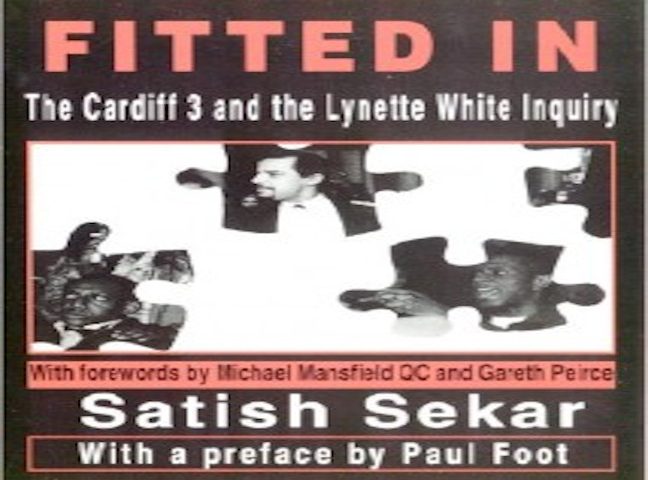 Eighteen years ago hope filled Cardiff Crown Court. History was made as Jeffrey Gafoor, a 38-year-old security guard made history. He was the first murderer in Britain in the DNA age to be brought to justice after a miscarriage of justice.

Just over 15 years earlier Lynette White, then aged 20, had been murdered in a flat in Butetown, Cardiff. It was the most brutal murder of its type in Welsh history. Gafoor had stabbed her over 50 times, more than half of which were to her breasts or nearby. It was her misfortune that Gafoor wanted the services of a sex-worker and chose her. He evaded justice for 15 years. Meanwhile, five innocent men were railroaded in what is now acknowledged to be one of Britain’s most notorious miscarriages of justice.

It is to the credit of former Detective Chief Superintendent Kevin O’Neill, Brent Parry, Paul Williams and other members of his team that they rejected the easy solution. There was plenty of scientific evidence. The murderer had cut himself and shed blood at the crime-scene – a common occurrence in such crimes. The question was how to differentiate the blood of the killer from Lynette’s? This is not difficult and even in 1988 conventional methods provided answers – answers that finally spoke at the turn of the century. Thankfully, original crime-scene samples had been taken and stored. As is entirely usual, not all of them were tested at the time. The blood distribution patterns identified the samples to test. Samples, known to have been ‘foreign’ (shed by the killer) were tested using modern amplification and DNA testing systems – in this case Second Generation Multiplex Plus (SGM+). It could amplify DNA from a single cell (using Low Copy Number – extra cycles of amplification) or more if enough cells were available. In this case LCN was not necessary.

Incredibly investigators were able to reconstruct the exit route of the killer over a dozen years after her murder. This was very significant as the flat had painted in July 1988 because it was deemed a health hazard. That meant blood had been sealed in by the paint, so it was impossible to plant any that was discovered on the walls, which meant any blood that yielded the same DNA profile from samples deposited on the walls had to have been deposited before then and was the blood of the killer.

After Professor Dave Barclay reconstructed the exit route of the killer for the investigation 1999-2003, paint was carefully removed and the material beneath was DNA tested. It yielded the same DNA profile as the killer. Barclay and Dr Angela Gallup noticed that one drop of blood on the wall was cast-off (thrown back by the stabbing motion of the killer, meaning it was not in position consistent with Lynette’s blood which had been shed during her murder). It would have dripped down the wall to where it met the skirting board. Both advised to have that piece of skirting board removed. It was and once again paint had sealed the blood in.

Nobody realised this in 1988 – in some ways a blessing as forensic science could not provide the evidence needed then. It also yielded a DNA profile that matched the killer’s DNA profile.

In many cases including cold cases such as this became after the Cardiff Three (Yusef Abdullahi, Stephen Miller and Tony Paris) were freed on appeal in December 1992, the re-opened investigations search National DNA Databases, which are updated as the DNA profiles of convicted criminals are added. Police re-investigating Lynette’s murder had two hunches – one the murderer had stayed in the locality and two his family was criminally active. Both were equally important as the killer’s DNA profile was not on the National DNA Database.

This was astonishing. How could such a killer not be on the database? He could be dead, already in prison or a psychiatric institution before taking his DNA was allowed or he could completely buck conventional wisdom on the characteristics of such killers.

Conventional wisdom on offender profiling (behavioural analysis, as it is referred to now) was pretty clear. The offender would have significant criminal offences leading up to an offence of this magnitude. He would have been held either in prison or mental health institution. He would have committed sexual offences and once the blood lust had been awakened, it could not be shut off.

But Gafoor defied conventional logic. He did not have any convictions before Lynette’s murder – not even a parking offence. According to his account he had committed offences that he had not been arrested over. He claimed that he carried a knife because he claimed that he had been robbed by a sex-worker previously. Incredibly, he went from that to the most brutal murder of its type as a first known offence.

Then an even more incredible thing. He did not commit another violent offence for four years. There was no similarity. He attacked a colleague at work with half a brick. He received a non-custodial sentence for that. He became more and more reclusive – avoiding human contact wherever possible. Despite living close to his landlord, he would drive to a post box and send it. He cut off his family too. By avoiding unnecessary human contact, he also avoided getting into situations where he could repeat his crime. How could this have been predicted at the time?

But afterwards? Now it is known that such killers exist, what is being done about? Are behavioural analysts taught about this case? Are they including such possibilities in their profiles?

No police force had ever resolved a miscarriage of justice case in a murder in the DNA age in Britain. History had to be made and it involved a serious challenge. They had plenty of evidence, gathered by integrating the various techniques of investigation and forensic to develop a credible evidence-based case hypothesis. It worked, but then came the final unexpected challenge.

The murderer’s DNA profile was not on the National DNA Database. Either you wait and hope he slips up eventually or you take a proactive approach. DC Paul Williams did the latter. SGM+ tests at ten genes (loci) in the DNA chain and for the Y-chromosome, which indicates gender. One allele (band in a DNA profile) is inherited from each parent. In a full DNA profile using this test a random match probability (the likelihood that a person taken at random from the population would match the DNA being tested) is reported as 1:1,000,000,000 (1:1billion).

Something very significant had occurred. The killer’s DNA profile contained one allele that was so rare it eliminated 99% of people on the DNA Database on its own. At this point the hunches came into play. The murderer had stayed in his locality (South Wales – Cardiff or nearby) and his family was criminally active. A year earlier the same force had solved – as far as possible – the 1973 rapes and murders of teenage girls, Sandra Newton, Geraldine Hughes and Pauline Floyd using the same approach. In that case it helped to prove that Joseph Kappen’s DNA profile matched crime-scene samples by building up his profile from that of close relatives. It was close enough to persuade then Home Secretary to order the exhumation of Kappen, who had died in 1990. DNA was obtained from his femur, tested and matched to the crime-scene samples. Had he been alive, he would have faced trial for these rapes and murders.

DC Williams applied these methods and checked the National DNA Database at 8 alleles and then at 14. There were several matches – there would be in a partial profile. Nevertheless, one stood out, a then 14-year-old boy. They now knew the family the murderer belonged to. They tested male members of that family but there was no match. Perplexed they asked if there were any other male members of that family. They were told of an estranged brother.

They went to see him. He gave a sample for DNA testing. They put him under surveillance – it was just as well. He went and bought a lot of paracetamol. He was planning to commit suicide. His door was knocked in and he was taken to hospital. On his way there he admitted that he had murdered Lynette and said that he hoped to die.

During interviews under police caution, he refused to comment, but on July 4th 2003, faced with overwhelming evidence (referred to above) Jeffrey Gafoor pleaded guilty to the murder of Lynette White. This was the first murder in the DNA age in Britain to be resolved after a miscarriage of justice by the conviction of the real murderer.

It was the greatest triumph and biggest disaster rolled into one that South Wales Police had ever faced.