The Football Heroes of Independence 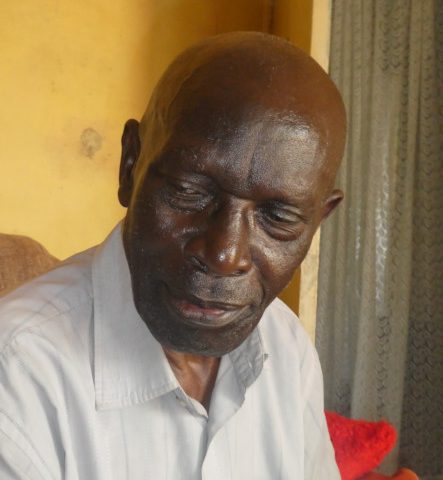 Within three and a half years of the match in Luanshya in April 1961, independence was achieved. But just before independence, the role of football in the independence struggle was clearly demonstrated. On April 18th1964 future Zambian President, Kenneth Kaunda, led his team, made up of members of his cabinet, out onto the pitch at Kitwe’s Scrivener Stadium (now Nkana Stadium) to play against a Select Team. However, the opponents had not read history’s script, and raced to a four-goal lead. Kaunda’s team made changes at half time. History had to have its say. The Minister of Mines and Labour, Justin Chimba, bagged a hat-trick and Ranken Sikasula a brace to snatch a 5-5 draw from the jaws of a heavy defeat in the making. This match was part of Zambia’s history too, a legacy of the match in Luanshya opening the door for integrated football in the last days of Northern Rhodesia.

But Roan United’s contribution, and that of Ginger Pensulo were immense, and need to be fully acknowledged. Pensulo not only played in United Roan’s first match, but scored the winner – the only goal in their inaugural match. Football was an important component of Zambia’s hard-won independence, and its role in the independence struggle should be properly acknowledged.

It had unified the races through sport and played a vital part in the push to independence. Consequently, these footballers, which included white icons like Tony Castella, a Portuguese international, who was instrumental in Roan United’s success – they won the inaugural title in the newly formed National Football League in 1962 – and Jackie Sewelll, a former England international who also played for Zambia, were vitally important in Zambia’s development.

Sewell also played a huge part in Zambian football and in City of Lusaka’s progress on and off the pitch. Black stars, such as Pensulo, also played their part, as did the late George Sikazwe and many others. Future stars such as Fred Mwila and Joseph Mapulanga also played a part in Liberation Football – they were at great risk as this was before they had made their names. They were ball-boys, reserve players or even schoolboys who went on to become Zambian greats.

The nation’s independence celebrations in October 1964 included a football tournament. Nigeria and Ethiopia were replaced by Kenya and Uganda. Ghana’s Black Stars also came to Zambia at then Prime Minister, Kenneth Kaunda’s request for the football celebration of Zambia’s independence.

Nevertheless, as it was their party, Zambia played Ghana, who had walloped Kenya 7-1 in the first match, in the final. This was the important match. The Black Stars were Africa’s champions at the time. They met in the Independence Stadium on October 25th 1964. The newly independent nation lost narrowly, 3-4.

It was no disgrace that Zambia could not beat the Black Stars – they were one of the best teams Africa ever produced.

The use of football in the independence celebrations showed how much the sport had contributed in the struggle itself. It was the politicians’ nod to football – a thank you for the contribution football had made to the country’s future.

That being so, this generation of footballers, and also their predecessors in Livingstone, especially, are not just football icons or sporting icons, they are national icons – heroes of independence – and they should be treated as befits that status.

How the Stars of Independence are Coping Now

With few exceptions the first generation of Zambian players to put their bodies on the line for their country, fared badly – most are deceased, dying poor, if not in poverty, with their achievements and contribution to the nation’s independence largely forgotten if not ignored.

The few survivors, in their late sixties or older, are faring badly too, but the nation’s debt to them, at least, can be redeemed. Unlike today’s footballers, they were paid a pittance at best to play.

If they were lucky, they’d get a win bonus as well, but more often than not, the most they could expect was expenses, and perhaps a very small amount on top. After playing, win, lose or draw, it was back to work the following day.

But victory had a dividend for bosses in that city – the joy it brought saw increased productivity. Even then it paid to invest in football. This continued after independence.

Consequently, the liberation footballers of Zambia made a huge contribution to Northern Rhodesia’s anti-colonial struggle and Zambia’s post-colonial development. Many of them, including perhaps Zambia’s greatest ever local coach, Samuel ‘Zoom’ Ndhlovu, were not appreciated or cherished as they should have been during their lives.

It’s different once they pass away. Then, they are cherished, briefly, until they pass back into history, remembered just by family, friends, team-mates, and a few students of both football and Zambian history. The living fare very badly too.

For most of them, their long-term working lives finished many years ago. They have to fend for themselves. If lucky their pensions, too meagre for a lifetime of retirement, must fund other means of survival, particularly difficult in the current economic situation.

Some do better than others. For example, Webster Mwansa had a higher windfall than most as he continued working after leaving the employment of the mines. Ken Banda – the late Ken Banda – fared very badly indeed. His football career was short but impactful.

He played in the match against Mufulira United in April 1961, and two years later, was the first Zambian, along with his friend, Pensulo, to get a trial in English football with Leeds United. He played for the national team before he was replaced by the late Dickson Makwaza.

Unlike Pensulo, he left Roan United for Ndola United. Banda stopped playing soon afterwards and drifted out of football and into obscurity, remembered only by a few students of Zambian football.

In the last year of his life Banda’s achievements began to be noticed again, but the damage done through playing was taking a toll. He did not get the medical treatment he needed and football did not help him. His condition deteriorated to the point that he could not get to hospital to be assessed and get medication for existing conditions.

He lacked the funds to look after his needs. Football did not rally to his aid. A legend of liberation football – one of only two United Roan survivors of the match against Mufulira United at that time was abandoned to his fate. He deserved much better than he received.

Jonathan Njiko – blind and needing help in his final years – passed away a few months ago. He didn’t get the help he needed either. Stone Chibwe remained part of Nkana’s set up until the day he died. He fared better than most, but still had problems. Dickson Makwaza captained Zambia most times – he was skipper of the KK11 as the Zambian national team was known at the time for the best part of a decade.

Almost a year ago he had a very serious health scare that put him in hospital. He survived, but again, there was no help from football for one of Zambia’s most iconic former players, and member of FAZ’ Technical Committee.

As he recovered, he wanted to help still. Football and Zambia failed to rally to him when he needed it most. Makwaza passed away on June 29th 2019 just shy of what would have been his 77th birthday. His passing was marked in Zambia, but not as much as he deserved in Africa. Makwaza deserved better.

And last December, one of Zambia’s great legends, George Sikazwe, who had distinguished himself as a player, assistant coach to Ante Buselić when Zambia reached the final of the Africa Cup of Nations on debut in 1974, and as a coach in his own right, passed away. Sikazwe also needed help that he did not receive.

It is too late for them. The immense knowledge of this important period of Zambia’s history, and football’s too, that they possessed is gone – lost for ever.

Their contributions, all but lost to football and Zambia’s anti-colonial history, should be appreciated now, before it is too late. Is this any way to treat the footballing heroes of Zambia’s liberation? So, what can be done?

Preserving the Living History – the Legend of Legends

It’s over half a century since Zambia attained its independence. Its generation of freedom fighters on and off the pitch are aged. Their memories are fading which makes this project all the more urgent. Whatever memories these liberation footballers, especially Pensulo, retain needs to be recorded now to be the basis of a Museum of Football in the Copperbelt.[1]

The Football Heroes of Independence deserve to be commemorated and supported. That should start with a Museum of Copperbelt Football. It would offer the opportunity to preserve the legacy of these footballing pioneers of independence, beginning the process of cherishing them, and crucially aid education, belatedly, but not too late, at least for the survivors from that vital period of Zambia’s football history.

Ginger Pensulo, the Legend of Legends, and scorer of that goal, is now the last survivor of the United Roan team of April 1961, but he clearly needs help – our videos illustrates that. Pensulo is an octogenarian. He can hardly speak and needs medication.

Pensulo needs medical treatment and his nutritional requirements catered for. He cannot do it for himself. It is not much to ask, especially for Zambia’s Legend of Legends.

Luanshya’s great son needs assistance and he needs it now. That should start with an assessment of his needs for a care package for him to be devised. Football and the country he represented with skill and pride, should look after its footballing pride and joy, at least in the short term.

Adequate food and medication are the very least the Legend of Legends deserves.